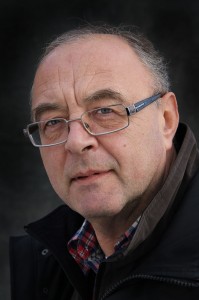 Miroljub Radojković is professor of Communication Theory, Media, and Society at the Department of Journalism, Faculty of Political Science, University of Belgrade. He is the author of several books including, Contemporary Information-Communication Systems (1984, second and third edition coauthor B.Stojkovic 2004, 2009), International Communication (1987), Terrorism and Mass Communications (1988), Division of Thoughts (1997) Basics of Communicology (coauthor T.Djordjevic 2001, 2006), Media, Communication and Society (coauthor M.Miletic 2005, 2006, 2008), Medium Syndrom (2009). In addition, Professor Radojković has published more than 150 articles in scientific journals for readers in Serbian and other foreign languages – for an extensive list of published works please visit: http://www.vbs.rs/cobiss/bibliografije/Y20081230132218-06418.html. His research interests include communication theory, comparative mass media systems, international communication, public opinion, and multimedia in the information age. He is a Fulbright and Salzburg Seminar and German Scientific Exchange Service (DADD) alumni, and he has been a member of the International Association for Media and Communication Research since 1997 and ECREA since 2007.

Currently prof. Miroljub Radojković is involved as either a project leader or a research team member in the following projects: COST Project, EU, Action ISO 906 “Transforming Audiences, Transforming Societies,“ 2010-2014, vice-chair of Working Group 2 “Communication and Participation.“ “Identity of Serbia in Region and the World,“ Macro project of the Faculty of political Science, Belgrade, financed by the Ministry of Science and Education of the Republic of Serbia 210-2014, number 179076.  “Profession at the Crossroads – Journalism at the Threshold of the Information Society” two year project within the framework of the Regional Research Promotion Program in the Western Balkans (RRPP), run by the University of Fribourg upon a mandate by the Swiss Agency for Development and Cooperation (SDC).