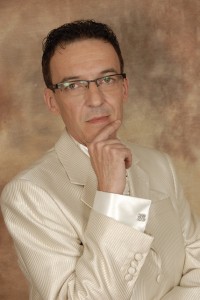 Veselin Kljajic was born in 1964, and his journalism career begain in 1982. He graduated and received a Master’s degree and PhD from the Department of Journalism, Faculty of Political Sciences, University of Belgrade. He is specialized in Media Studies and Journalism at the same faculty, where he teaches the following courses: Press Journalism, Investigative Journalism in the Press and Public Relations. Kljajic previously taught the courses Analytical Journalism and Theory and Praxis of Journalism. Since 2007 he has been working on postgraduate journalism studies, teaching Journalism Documentary Forms and Media Editing.
Kljajic is the author of two monographs, co-author of  another two, and has published approximately 30  research and scientific articles. He was a visiting professor at several universities in Serbia and abroad and has participated in numerous local and international conferences. He is Deputy Editor-in-Chief of Culture magazine. He is the author of more then 30 reportages, six documentary radio broadcasts, five documentary radio dramas and more than 300 interviews, profiles and reportages (over 4,500 pages) in print magazines.