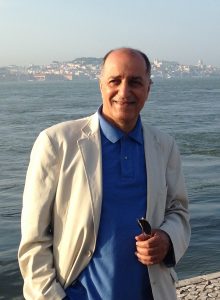 Professor Abdelkrim Hizaoui is a graduate in Public Law and in Journalism from the University of Tunis and PhD from the University of Paris 2, HdR from the Université of Grenoble 3, France. Full professor at the Institut de Presse et des Sciences de l’Information (IPSI), Tunis. He is founder and head of the Media Development Centre (MDC), a non-profit association dedicated to supporting media research and capacity-building of media professionals in the Arab world. Fomerly Director-General of CAPJC, a Tunisian public entity for mid-career training of journalists, from 2011 to 2015. Research includes different topics related to media regulation, media law, media and human rights, media and gender. Consultant  for many international organisations such as UNICEF, UNESCO, ICRC, Arab Institute for Human Rights.